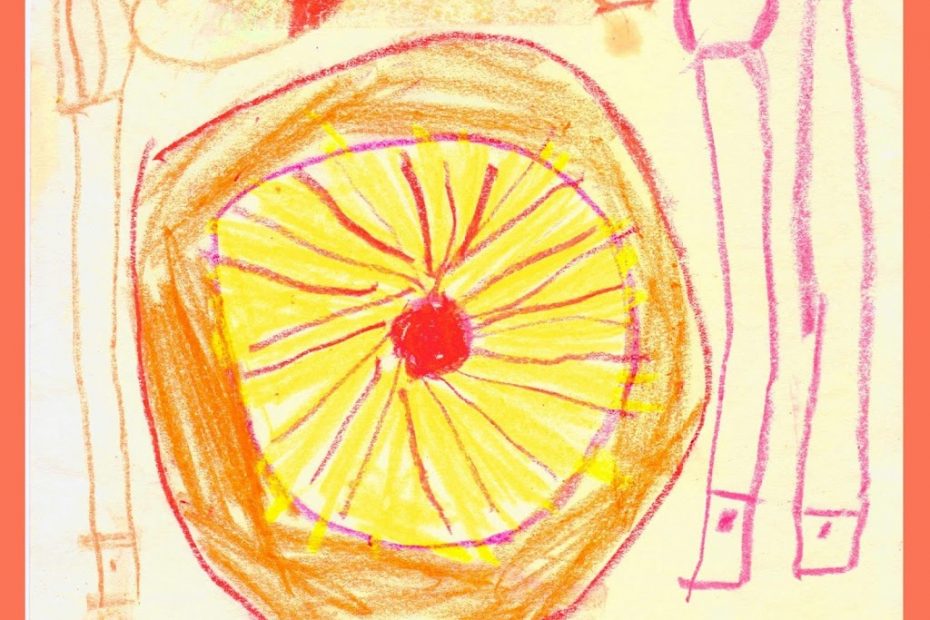 It has been said that we make sense of our lives through the stories we construct.  For those of us who make art, our lives are revealed through our creative work.  Curiously, the stories told are not just about the subject matter or intent of the artist. They are not just about the time they were made or an event they captured.  Sometimes they are about the realizations we acquire. I clearly recall the joy and sheer physicality of the creative process and the thrill of discovery I felt decades ago when I look at my childhood drawings made on all that cheap Manila paper. These drawings became a diary of my early creative life and all the stories and memories that help define my life rush back to me.
In New York, where I grew up, the winters were harsh. Every year there was a mass exodus to Florida to escape the cold and each year some relative would send us a bushel of grapefruit from the Sunshine State.  It was a thing back then. When these shipments arrived at our doorstep, they brought with them an exotic and tropical thrill. In the Greek diners that were rampant on Long Island, grapefruit were omnipresent. They were lined up in mirrored display cases or set out on beds of ice awaiting purchase. We ate our grapefruit almost everyday at home, so it became an iconic image for me.

One morning I looked at the half grapefruit in front of me, reached for my crayons and carefully drew the place setting from the POV of someone about to eat. The focal point of the drawing was the maraschino cherry, a bulls-eye on the sectioned grapefruit, centered on a placemat with the napkin and silverware to either side. In its simplicity, the drawing had the graphic punch of a secular mandala: hypnotic and beckoning. I remember being aware that my drawing was good and when I received praise, my instincts were validated. It was moments like these that encouraged me to pursue art.

The “Grapefruit” was quickly enshrined in the pantheon of my childhood masterpieces that were kept in a large acidic oak tag portfolio right beside an identical one dedicated to my brother’s equally acclaimed oeuvre. The bulging files, secured by scraps of black yarn remained intact in my bedroom closet until the house was sold almost 50 years later. The drawings that my mother saved helped insure which memories were saved.

I drew a lot when I was a kid.  Most kids do and besides, drawing had currency in my house because my mother was an artist.  I drew because I was bored and paper and crayons were plentiful. I drew because I thought I could do it and because it yielded praise.  And drawing was fun. When I was in third grade, I had another experience that was seminal to my life as an artist. Once a week in Miss Chaplain’s class, a few kids were allowed to stay after school for a chance to paint.  During one such afternoon I was painting a still life of a vase that held flowering branches.  I was feeling challenged by how to depict the flowers when I realized I could press the loaded paintbrush onto the paper. The resulting shape gave me a flower like those from a Japanese ink painting, although it is unlikely that I made the connection then.  Whether it was through experimentation or by chance, the discovery was thrilling.  “I can do this!”  And so I did for the remainder of third grade.  My technique went viral with my classmates and I felt like I had invented the wheel.  Learning a technique allowed me to achieve what I wanted to express.

I even recall drawings made before kindergarten.  In one self-portrait I depicted myself happily walking in profile with my head turned, smiling to the viewer.  I remember it because I was very proud of the way I captured my raincoat with just the correct contour and placement of buttons.  But tragedy struck when my brother scribbled over my drawing.  I was initially devastated, but eventually collected myself and drew the scene again.  (My brother and I have since reconciled.)  I was beginning to learn to trust my own judgment about the value of my work and was gaining a resiliency as well. My earliest drawings spanned a wide range of categories, from resplendent princesses to more prosaic subjects such as my house and family.  I never depict either now, which makes me think I should give it a try.  It used to be fun to draw fantastical women with stars in their eyes and bejeweled gowns.  Actually, I have not drawn people, princesses or family since elementary school although architectural images recur regularly.

The trajectory of our creativity is chronicled in our work.  It is not a linear path but one that repeats itself in a multitude of ways.  Why did I like what I liked?  Why does anyone make the things they make?  My grapefruit and still life both rewarded me with the sense of discovery.  The first of these signified an awareness of my environment and kindled the pleasure of documentation and the latter embodied the pleasure of invention and technique. I recognized their worth before my mother liked them, but there is no denying that the enthusiasm with which they were received was validating and convinced me to pursue art.   I developed a lifelong drive to create and a desire to seek these same pleasures again and again.  Along the way I have had my memories entwined in my work and how I behave and perceive myself as an artist today is enmeshed in the artwork I created years ago.

The Grapefruit was originally posted by ArtCricketLA.
All artwork by Lorraine Heitzman